Mindfulness is gaining a prominent place within society – in medicine, mental health and education. While this development has largely been heralded by political and medical leaders1,2 occasional concerns have been raised about the secularity of mindfulness. Critics, for example, have suggested that mindfulness represents a disguised attempt to establish religion within the secular sphere. They highlight the fact that mindfulness practices have been articulated within eastern religious traditions, notably particular sects of Buddhism. 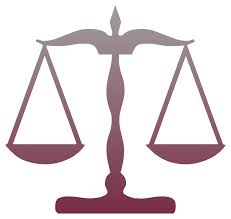 Mindful Schools wishes to state our unequivocal commitment to a thoroughly secular approach to mindfulness practice. We are steadfastly committed to integrating mindfulness in education in a way that neither advances nor inhibits the religious beliefs (or lack of beliefs) of educators or students. In order to clarify this commitment, we must first answer the question, “What does it mean to be secular?” Simply having a precedent within a religious tradition cannot disqualify an idea or practice from being secular. For example, the values of generosity and compassion are deeply embedded across world religions but this fact is never cited as a cause to curtail the role of generosity and compassion in secular life.

Instead, we highlight three characteristics of secularity embodied by the mindfulness movement:

1. Rejection of the notion that some texts or ideas have special, protected status
2. Openness to revision based on the evidence emerging from other secular discourses
such as science or philosophy
3. The primary aim is not a set of beliefs but the engagement with practices that enhance well-being.

Religious traditions typically celebrate particular books or ideas and afford those ideas special epistemic status. Followers of religion often ascribe distinctive authority to the sanctified books of their tradition, and the claims of such texts are not evaluated according the same standards as other knowledge claims. In contrast, we reject the notion that books or ideas relating to mindfulness stand above scrutiny. When a claim is made about mindfulness, proponents must be fully willing to submit those claims to rigorous (often scientific) evaluation. There is no deference for claims based on tradition or some authoritative text.

Mindfulness is a secular discourse insofar as it remains radically open to revision based on emerging evidence. Mindfulness makes claims that are explicitly empirical – claims about the nature of well-being, human distress and flourishing. Many of these claims are best evaluated by scientific methods. Should studies provide evidence that challenges the claims of mindfulness, then it is incumbent on mindfulness teachers and researchers be responsive to those challenges. Such challenges have already emerged within the scientific literature and there is greater appreciation of the limitations of mindfulness practice.3

Lastly, mindfulness is secular insofar as its central aim is not to instill a particular set of beliefs, but to support introspective practices that attenuate distress and enhance well-being. The advanced practitioner of mindfulness is not a person who declares metaphysical truths, but a person who has cultivated her attention in such a way that she struggles less,4 has more joy5 and engages others with greater interpersonal skill.6

How does the law determine if a public governmental program is secular? One of the prevailing legal standards for assessing the separation of church and state is known as the “Lemon test.” In the 1971 case, Lemon v. Kurtzman,7 the United States Supreme Court adopted a three-pronged ‘test’ to determine if a particular governmental (or public educational) program infringes on the rights granted by the First Amendment. The First Amendment grants that the government will take no action to establish a religion. The Court ruled that for a program to be constitutional, (1) the program must have a secular purpose, (2) the program’s primary effect must not advance or inhibit religion and (3) the program must not entangle the government with religion.

We’ve offered a notion of what secularity is. We should also say what it is not. Secularity need not cede conversations regarding the deepest human concerns to religious discourse. We can speak about kindness, compassion and the urgent wish to be happy in ways that do not trespass on the terrain of religion. The poignancy of the human condition – love, meaning and mortality – can find its place in secular discussions about how we wish to live. In other words, what is often considered sacred, can be fully honored by the secular.

Given the secular nature of mindfulness, we are unsurprised that leaders recommend its integration into a range of secular institutions including medicine,9 mental health,10 education11 and even more broadly to enhance societal functioning.12 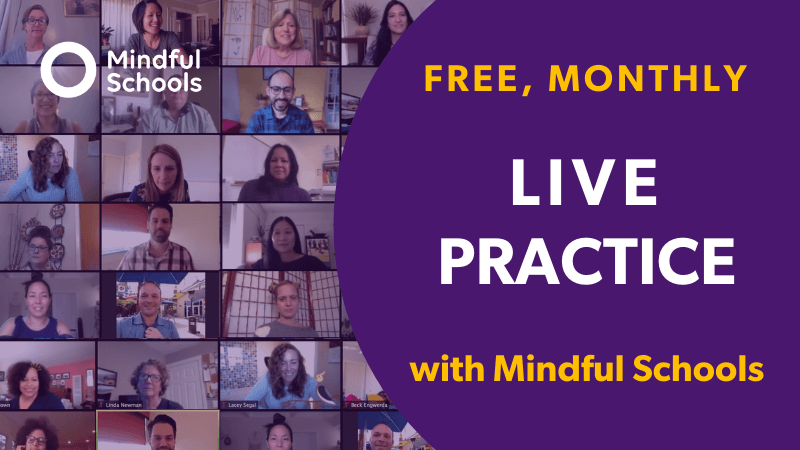 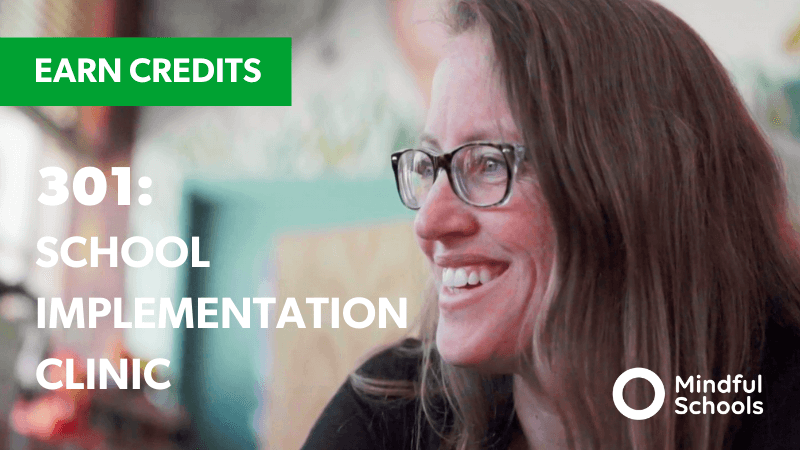 In 301: School Implementation Clinic, educators build and expand on the skills from the 101 and 201 courses. Learn how to support your school in building a whole-school mindfulness program and get support from a Mindful Schools Coach.