Comments on The Guardian article, “Is Mindfulness Making Us Ill?“

When I see an article strongly criticizing mindfulness, the first thing I try to do is … be mindful.  When a practice, such as mindfulness, is close to your heart, it is perhaps natural to become at least a little defensive. This compulsion to defend mindfulness, however, is itself symptomatic of my own attachment to views about mindfulness. Yet, it is possible to appreciate the practice but not be emotionally invested in defending it against any and all critiques. In other words, mindfulness helps you read critiques of mindfulness!

We fully agree that mindfulness is worthy of critical interrogation. When a body of scientific literature is composed primarily of positive findings, that’s a sign that there’s more work to be done. A mature perspective on mindfulness will honor the value of the practice while acknowledging its limitations.

With this said, the article from The Guardian is problematic in numerous ways. While the author laments the lack of empirical evidence for the efficacy of mindfulness, she proceeds to indict a substantial and growing body of literature primarily on the basis of the experiences of “Claire,” “Louise,” “Rachel” and her own. The single empirical study she cites was published 24 years ago and included a sample of 27 people. She fails to mention that only two people reported a serious adverse effect of meditation in that study, and that at two of the three assessment periods, “subjects reported significantly more positive effects than negative from meditation.” Employing the sensationalistic title “Is Mindfulness Making Us Ill?” on the basis of this data is misleading and irresponsible.

Based on the data presented, the article’s title

is sensationalistic and misleading.

We agree that more data are needed regarding potential contraindications of mindfulness, but these data must emerge from systematic study, rather than highly selective anecdotal reports. Further, we suggest that if a few minutes of silence is sufficient to precipitate significant psychiatric symptoms, there is very little reason to believe those symptoms would not have been precipitated through other life experiences. Concluding that mindfulness was the cause of the psychiatric symptoms is unjustified.

The Importance of Dosage 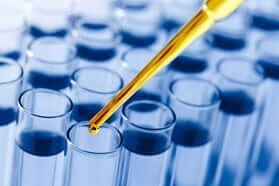 In identifying contraindications for mindfulness practice, we must consider ‘dosage.’ There are rigorous meditation retreats where participants practice 18 hours a day in silence, for months at a time. Clearly, the self-regulatory capacities required for such an experience are different than the capacities required for an evening mindfulness class – or a 5-minute session offered in a school. Typically, mindfulness is delivered to adults in the form of a weekly two-hour class, that might include silent practice for 20 to 45 minutes. Among youth, the dose of the practice is typically far less than this – school-aged children often practice for periods between two and ten minutes. When we consider contraindications for mindfulness practice, we must make distinctions on the basis of dosage. Research on these questions is needed.

must make distinctions on the basis of dosage.

The article argues that the adverse effects of mindfulness may be difficult to track because those suffering negative effects are most likely to drop-out of studies – therefore these experiences are not captured by researchers. The problems of attrition in clinical trials are well known and complicate the interpretation of data. Nevertheless, in a recent meta-analysis examining 209 studies of mindfulness-based interventions, the attrition rate was 16%, notably lower than the attrition rate for cognitive-behavioral therapy.

We agree that caution is required in bringing mindfulness to populations with severe and persistent mental illness. A mindfulness teacher working with such populations is well-served by clinical training, or working in collaboration with clinicians. However, it is notable that amongst people with psychosis, mindfulness has had modest therapeutic effects, as attested by a recent meta-analysis. Encouraging findings have also been obtained for treating suicidal depression with mindfulness-based cognitive therapy. While care must be taken in treating post-traumatic stress disorder (PTSD), the Journal of the American Medical Association recently published a study finding that Mindfulness-Based Stress Reduction improved PTSD symptom severity in a sample of military veterans. No serious adverse events were reported for the mindfulness group.

We don’t dispute that mindfulness may precipitate some unpleasant transient states. However, we don’t interpret this as an indication that the practice has backfired – in fact, this is often an indication that practice is unfolding in a productive manner.

Considerable confusion arises because mindfulness has often been characterized in an incomplete manner. Typically, the soothing and relaxing effects are highlighted. These effects are genuine, but mindfulness does not merely function to soothe and relax. One of the key mechanisms of mindfulness that has been highlighted in the empirical literature is ‘exposure.’ 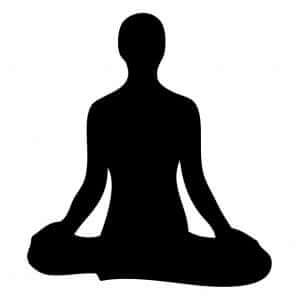 There are some important parallels between mindfulness practice and “exposure therapy.” In the realm of mental health and psychotherapy, exposure therapy is a cornerstone of many different treatment approaches. In fact, exposure figures prominently in most approaches to emotional distress.

Exposure therapy involves the deliberate approach of anxiety-provoking stimuli with the ultimate goal of changing emotional and behavioral responses to life’s experiences. While our usual tendency is to retreat from anxiety-provoking stimuli, this habit reinforces a pattern of avoidance that constricts one’s experience of life and can generate psychological symptoms. Instead, the individual moves against the tide of avoidance and directly exposes her or himself to the feared stimulus. Of course, this seems counterintuitive!  Why would we want to expose ourselves to unpleasant experience? Because through this exposure, we begin to:

1. habituate and become desensitized to the fear
2. disconfirm our catastrophic beliefs about the feared outcomes
3. develop new learning – we form associations between the feared object
and the experience of safety

Mindfulness functions, in part, as an exposure therapy. What this means is that people practicing it will likely encounter their own habits of anxiety and avoidance. Such encounters are not pleasant, but represent a genuine therapeutic opportunity rather than signaling that mindfulness practice is causing harm. Competent mindfulness teachers understand this, and just like a clinician doing exposure therapy will provide context for understanding the process and support for navigating the initial challenges.

Through our practice – and the guidance of mindfulness teachers – we can develop the sensitivity to distinguish the pain of growth from the pain of injury.  I’ll use the example of yoga. When I go to yoga class, it hurts.  Due to a range of causes – genetic and otherwise – I am not what you call, “flexible.” I’ve done different types of yoga and they all hurt at least a little – and they hurt in unpredictable ways.  But they hurt in that curious, good way.  My favorite classes usually leave me feeling gently sore in places I didn’t know existed. It’s definitely not the pain of injury or the pain that signals damage to my body.  It’s the pain that almost tastes like relief.  I can sense the openness and ease that lie on the other side.

Sometimes, mindfulness practice can feel this way.  We are on a guided tour of our mind-body, of its personal history, of its cultural and evolutionary history.  We are discovering the places of compulsion and contraction – the corners of the heart-mind where we are rigid, or inflexible. We are discovering those experiences that we have not yet digested. At times, practice will hurt.  That’s alright.  However, we should learn to distinguish that good kind of hurt – from the pain of injury or the pain that arises when we try to change too quickly.  When practice feels challenging, you can check in to see if you’re getting a taste of the openness and ease that lies on the other side of letting go.

The advancement of mindfulness will arise through sober analysis, scientific progress and a careful understanding of the practice. Sensationalistic journalism – touting mindfulness as a panacea or a poison – is unhelpful.