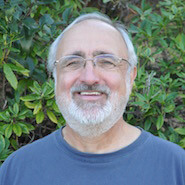 Building upon 20 years of personal practice and 35 years of experience teaching high school science, Mark Stefanski has adapted the Mindful Schools curriculum to serve young people in a variety of settings.  At his most recent former high school, Marin Academy, in San Rafael, CA, Mark shared mindfulness skills with teens in the Human Development curriculum, the Outings Program, Wilderness Quest Program and the school’s annual one-week Minicourse.  Embracing a model centered on peer education and teen mentorship, Mark founded the Teen Mindfulness Circle in San Rafael, and he co-facilitates a weekly offering of centering and calming meditations via Zoom.  He also teaches and consults for mindfulness programs in other Bay Area schools and youth organizations, including The Marin School in San Rafael; the Summerfield Waldorf School and Farm in Santa Rosa; the Hunt School in San Anselmo; and the Sun Valley Elementary School in San Rafael.

Mark partners with other local mindfulness instructors in developing programing and providing instruction.  He serves as a Board member for the Joyful Mind Project, and he collaborates with its founder, Chelsea True.  He is a recurring guest presenter for the student-led UC Berkeley course, The Happiness Advantage, and he has served as a mentor and workshop leader for iBme – Inward Bound Mindfulness Education.

In addition to his work with youth, Mark shares mindfulness skills as part of his volunteer service with the Insight Garden Program at San Quentin State Prison.  Mark also volunteers as a steward for the San Rafael Meditation Group, led by one of his mentors, Rick Hanson.

Mark owes the bulk of his ability to follow his bliss to his wife, Johanna Stefanski, a retired middle school science teacher who now owns and runs a local vegan baking business. Together, Mark and Johanna live in San Rafael with their garden, two cats, and box turtle Wallace.

Elmeka Henderson is a school psychologist and mindfulness educator. She brings both great passion and expertise to her teaching. She has been practicing mindfulness for over a...

Dr. Petersen has taught on all educational levels, ranging from elementary through college.  She has also worked with the immigrant adult population in the capacity of English...

Amber is an experienced educator with a specialty in mindfulness education. She has taught in a variety of classroom settings from Kindergarten to grade eight. Amber offers...

Director of Teaching and Learning

Kara-Lee is passionate about her work with the non-profit Space Between which brings mindfulness to students, educators, and families in Seattle and around North America through virtual...

Colleen Aagesen is a retired English teacher who has been teaching mindfulness to middle school students since 2018. In 2019 she joined 80 teachers from around the...

Hanna teaches children and their educators how to care for themselves and each other amidst the complexity of the school day by role modeling mindfulness teachings, community...