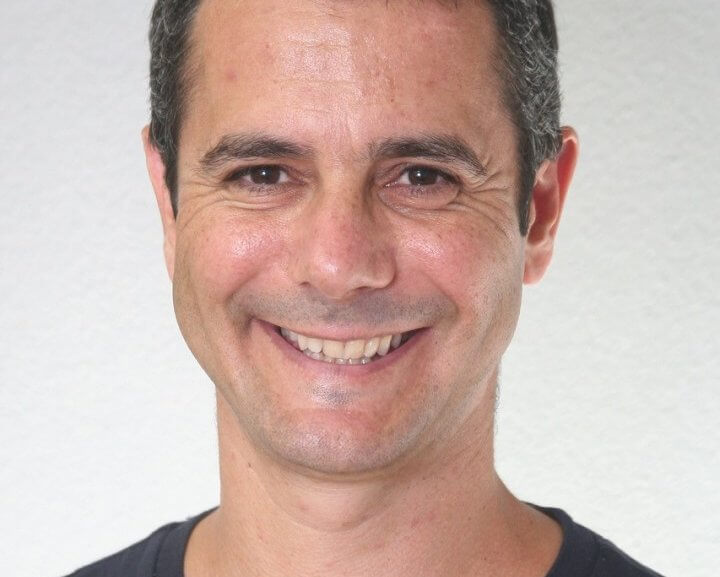 Tom discovered mindfulness in 2002 but began practising daily in 2013 when he was experiencing a lot of anxiety, since then he’s found he suffers less from anxiety and has a brighter outlook on life.
He greatly enjoys sharing the benefits of mindfulness with others. He loves hearing stories, particularly from his younger students about how they’ve used what they’ve learnt in mindfulness class in their everyday lives. One, for example, told him how mindful breathing had helped her stop having nightmares. Others tell him of how they’re able to avoid getting into fights when they remember their mindfulness tool kits. Yet others talk of times when they’re able to calm their nerves during exams.

Tom received his mindfulness training through Mindful Schools having completed a year-long certification course with over 100 people from across the planet.
He is also on the MBSR (Mindfulness Based Stress Reduction) Teacher Training path with Solterreno Mindful Academy.

Tom also works as an actor/ storyteller/ teacher trainer with Chamaleon Theatre. He’s been performing one man interactive theatre shows in schools all over Spain in English and French for the last 15 years.

He does training courses for using theatre and storytelling in class for English teachers in Madrid.

He worked for 7 years as Master of Ceremonies on Vaughan Town with Vaughan Systems.

He also worked as Tour Director for 6 years with Ef Cultural tours, leading tours all across western Europe.

Tom has a degree in Spanish and Italian studies from Manchester University.

He is fluent in English, Spanish and French.

Luisa F. Alvizu was trained as a medical doctor with a specialization in Dermatology. She developed an early interest in how the medical issues of her patients...

Sally Arnold has been teaching in the holistic health field for over 20 years. She has taught childbirth, parenting, and foster/adoption classes. Her passion is bringing mindfulness...

Nyingje is a healthcare educator supporting and working with youth and adults for over 25 years. She is a Mindful Schools mentor and a graduate of the...

Kerri Bacall is a Registered Nurse in the state of New Jersey. In addition to working as a nurse in the Cranford District, she also co-owns and...