Christine Klaassen-St. Pierre is enjoying her 27th year as an educator and 13th as a Vice-Principal in a school of seven hundred students in Canada’s Yukon Territory. Her school has been using restorative justice practices for four years; it’s a trilingual program with high First Nation (Native American), New Canadian and French Immersion populations. The indigenous school population is significantly impacted by the residential school system, for which the Canadian Prime Minister officially apologized in 2008. 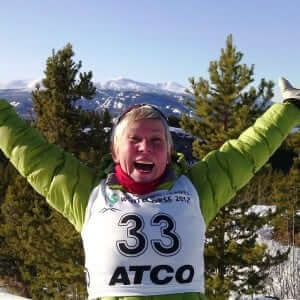 It is 9am, the final bell has rung 20 minutes ago and I am cruising the halls, making sure everyone is where they are supposed to be. I see a student out of class. Three years ago, before beginning my own mindfulness practice I would have asked in a scolding tone: Why aren’t you in class?

Now, I find myself being less judgmental and more curious. My new mantra is: Is everything OK?  We have minimal daylight at this time of year and cold temperatures are sending a chill into even the most well resourced, well-heated homes. Adding to that, there are lots of intergenerational effects of residential schools among our First Nations (Native American) population. It is highly possible that everything is not OK. Here is my chance to find out and help. Conversely, if everything is OK and the student is just late or resisting going to class, I can send the message that something is out of the ordinary, we should be in class now, but this time, with a tone of caring. This also aligns with our work in restorative practices where staff aim to create connection instead of separation with our language and tone.

It turns out, he has been asked to go to the office because he swore at and pushed another student. We turn around and head to my office for more privacy. As we walk, I begin to ask questions. What happened? What were you thinking then? How do you feel about it now? Who did your actions impact? What might you do to repair the harm? Before integrating mindfulness and restorative practices, I would have been annoyed at this behavior, relied on some consequence like a time out, and moved on to dealing with the next incident.

So we talked about what went sideways in class.

“He flicked water at me, and I failed to see the spark before the fire. I didn’t take a mindful breath and ended up being physically and verbally violent.”

Who may it have impacted?

“Cory, the rest of the class, the teacher, and my parents when they find out.”

What can we do to clean up the mess?

“I can apologize to Cory and the class, bring my art teacher her favorite banana chocolate chip muffin from the cafeteria, and tell my parents what I can do differently next time.”

My new approach can take more time, but it will pay off in the long run because relationships have been restored and this student now has some tools to deal with his anger the next time he meets up with it.

When his mother and father arrive to talk about the incident, they bring Grandma in too. She was a residential school survivor, so I can appreciate the courage it takes to step back into this institution called School. She really wants to support her grandson in being a successful learner. I notice all of their shoulders relax as they see the circle of chairs in my office, around a small peace table in the middle holding some talking pieces. Restorative practices stem from their traditional First Nations’ justice system. We are not doing a formal restorative conference today, but when I facilitate this type of circle, I am grateful for my personal mindfulness practice. It helps me be present and grounded during a process needing neutrality and equanimity. What a pleasure it has been to experience the double rainbow of social emotional learning that can be had when mindfulness meets restorative practices.

Christine is a Mindful Schools’ Certified Instructor who graduated from the Year-Long Certification Program in 2014. She can be contacted at christine.klaassenstpierre@gov.yk.ca.